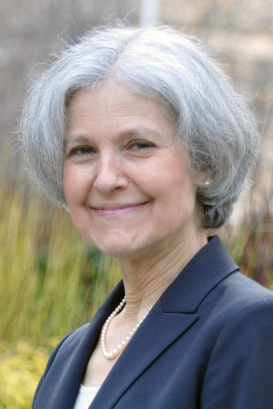 Dr. Jill Stein and Cheri Honkala, the 2012 Green Party presidential and vice-presidential nominees, marked the beginning of Earth Week by announcing a new Green Shadow Cabinet that will serve as an independent voice in U.S. politics, putting the needs of people and protection of the planet ahead of profits for big corporations. The Cabinet will operate in the tradition of shadow cabinets in other countries, such as the United Kingdom and France, responding to actions of the government in office, and demonstrating that another government is possible.

The Green Shadow Cabinet, which is viewable at www.GreenShadowCabinet.US, includes nearly 100 prominent scientists, community and labor leaders, physicians, cultural workers, veterans, and more, and will provide an ongoing opposition and alternative voice to the dysfunctional government in Washington D.C.. It is organized into six federal branches: Democracy, Economy, Ecology, Foreign Affairs, General Welfare, and Justice. Topics include the economy, environment and climate change, health and general welfare, democratization, rights of workers, wages and labor, community power, closing military bases, ending wars for resources and restoring the rule of law. Among the top priorities will be advocating for full employment through a Green New Deal and confronting climate change and the ecological crisis through a program of creating a carbon-free and nuclear free energy economy.

In honor of the launch of the Green Shadow Cabinet, members have issued public statements for Earth Week. These are available for republication at http://greenshadowcabinet.us/statements

Jill Stein said, “We are announcing this alternative government on Earth Day to emphasize the importance of confronting the climate crisis and also to show how it is interrelated with the economy, energy and the quality of life for all people. We will be urging policies that have the support of the American people. We’ve brought together leading analysts, experts and spokespeople on all the critical issues faced by the country and will provide a place where concerned citizens and journalists can come for independent and popular perspectives on the issues of the day.”