The economic news in the last two weeks points to bad news for the economy and a reason for people to mobilize and demand change. We want to emphasize that as bad as the situation looks, there are solutions and ways to protect ourselves. The time to act is now.

Before we get to the impact of the Obama budget, let’s explode a critical myth: there is no recovery (at least for the 99%). Last month’s unemployment numbers revealed the fraud of the unemployment rate.  Even though the country produced less than 90,000 new jobs, when over 120,000 are needed to keep up with growth, the unemployment rate declined. Why? Because hundreds of thousands are giving up on work each month and they don’t get counted.

At present, over 100 million working age Americans do not have a job that is 41.5%.  And, for some groups, African Americans and youth in particular, this is a persistent jobs crisis that ensures low incomes and little wealth for the future. And, workers who do have jobs are paid way too little, about half of the value of what they actually produce. There will be no recovery until these fundamentals change. 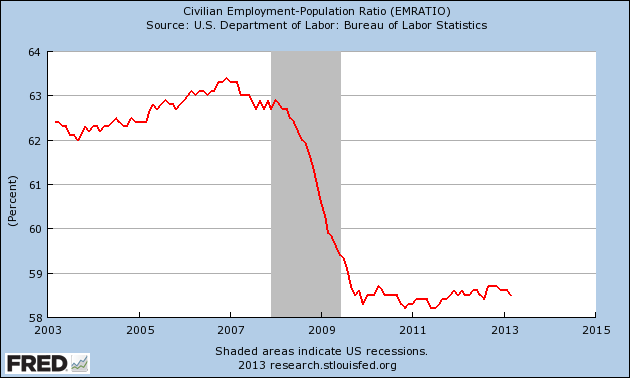