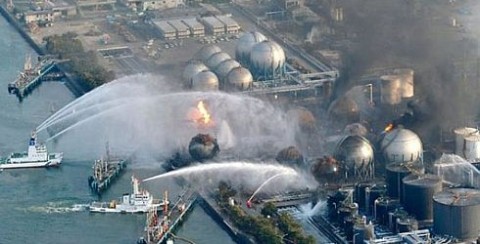 The White House has given final approval for dramatically raising permissible radioactive levels in drinking water and soil following “radiological incidents,” such as nuclear power-plant accidents and dirty bombs. The final version, slated for Federal Register publication, is a win for the nuclear industry which seeks what its proponents call a “new normal” for  radiation exposure among the U.S  population, according Public Employees for Environmental Responsibility (PEER).

Issued by the U.S. Environmental Protection Agency (EPA), the radiation guides (called Protective Action Guides or PAGs) allow cleanup many times more lax than anything EPA has ever before accepted. These guides govern evacuations, shelter-in-place orders, food restrictions and other actions following a wide range of “radiological emergencies.” The Obama administration blocked a version of these PAGs from going into effect during its first days in office. The version given approval late last Friday is substantially similar to those proposed under Bush but duck some of the most controversial aspects: 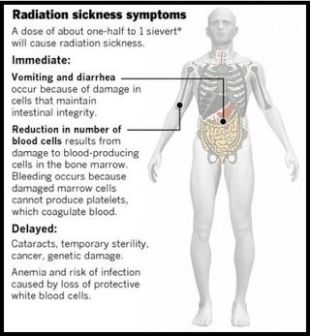 Marvin S. Fertel, president and chief executive of the Nuclear Energy Institute, is absolutely full of shit! Nuclear power is NOT, was NOT and NEVER will be safe! How many accidents do we have to have? As in the case with Fukushima, which is still a major global threat, it only takes ONE nuclear reactor to cause world-wide disaster and species extinction to include humans! – John E Loeffler 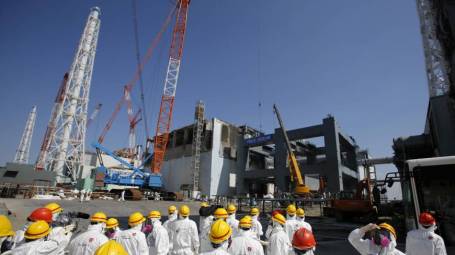 The first pool, No. 2, was found to have leaked 120 tons of highly radioactive water on Friday. The size of the leak at the second pool, No. 3, was confirmed at 3 liters late Sunday. The leaks are likely to force Tepco to review its storage strategy for the toxic water, which has become its biggest enemy.

Since the leak is small, there are no plans to drain pool No. 3 into another storage area as is being done with pool No. 2, Tepco said.

The pools are part of a group of seven vast clay-lined storage pits at the plant measuring 60 meters long, 53 meters wide and 6 meters deep. Since each is covered in three layers of protective waterproof lining, how the water escaped will remain a mystery until the faulty pits are drained and examined. 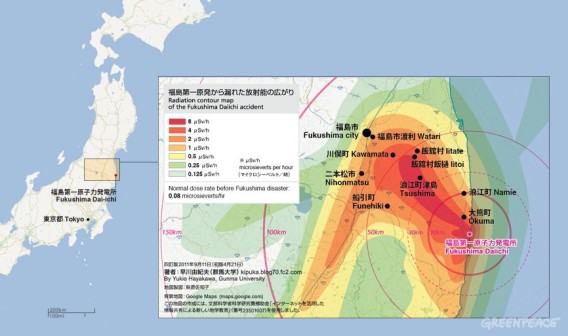 Fukushima is Already Harming Our Children

Thyroid abnormalities have now been confirmed among tens of thousands of children downwind from Fukushima. They are the first clear sign of an unfolding radioactive tragedy that demands this industry be buried forever.

Two years after Fukushima exploded, three still-smoldering reactors remind us that the nuclear power industry repeatedly told the world this could never happen.

And 72 years after the nuclear weapons industry began creating them, untold quantities of deadly wastes still leak at Hanford and at commercial reactor sites around the world, with no solution in sight.

Radiation can be slow to cause cancer, taking decades to kill.

But children can suffer quickly. Their cells grow faster than adults’. Their smaller bodies are more vulnerable. With the embryo and fetus, there can never be a “safe” dose of radiation. NO dose of radiation is too small to have a human impact.

The survey sample was 94,975. So some 38,000 children are already cursed with likely health problems…that we know of.

A thyroid abnormality can severely impact a wide range of developmental realities, including physical and mental growth. Cancer is a likely outcome.

This is the tenth such study conducted by the prefecture. As would be expected downwind from a disaster like Fukushima, the spread of abnormalities has been increasing over time. So has the proportion of children with nodules that are equal to or larger than 5.1 mm. The number of cysts has also been increasing.

And the government has revealed that three cases of thyroid cancer have already been diagnosed in the area. All have been subjected to surgery.

Fukushima’s airborne fallout came to our west coast within a week of the catastrophe. It’s a virtual certainty American children are being affected. As health researcher Joe Mangano puts it: “Reports of rising numbers of West Coast infants with under-active thyroid glands after Fukushima suggest that Americans may have been harmed by Fukushima fallout. Studies, especially of the youngest, must proceed immediately.”

Untold billions of gallons of unmonitored liquid poisons have poured into the Pacific. Contaminated trash has carried across the ocean (yet the US has ceased monitoring wild-caught Pacific fish for radiation).

No one has yet measured the global warming impacts of the massive explosions and heat releases at Fukushima (or at Chernobyl, where the human death toll has been estimated in excess of a million).

The nuclear fuel cycle—from mining to milling to enrichment to transportation to waste management—creates substantial greenhouse gases. The reactors themselves convert ore to gargantuan quantities of heat that warm the planet directly, wrecking our weather patterns in ways that have never been fully assessed.

Even in the shadow of Fukushima, the industry peddles a “new generation” of magical reactors to somehow avoid all previous disasters. Though they don’t yet exist, they will be “too cheap to meter,” will “never explode” and will generate “radiation that is good for you.”

But atomic energy is human history’s most expensive technological failure, defined by what seems to be a terminal reverse learning curve. After more than a half-century to get it right, the industry has most recently poked holes in the head of a reactor in Florida, and installed $700 million steam generators it knew to be faulty in two more in California. It now wants to open San Onofre Unit Two at a 70% level, essentially to see what happens. Some 8 million people live within a 50-mile radius.

This from an increasingly dangerous industry that has brought us four “impossible” explosions—one at Chernobyl, three at Fukushima—clearly with more yet to come. Its radiation has spewed for decades. Its wastes have no place on this planet.

The ultimate death toll among Fukushima’s victims may be inescapable. But the industry that’s harming them is not.

Those thyroid-damaged children bring us yet another tragic warning: There’s just one atomic reactor from which our energy can safely come.

Two years after Fukushima, it is still 93 million miles away—but more ready than ever to safely, cleanly and cheaply power our planet.

All of the economic upheaval, land grabbing for dangerous fracking, genetically modified organisms (GMOs) poisoning our food supply, govt. & military chemtrail experiments in the skies raining down on us (harmful nano-particles), and the list goes on!  You would think that these would be the most pressing issues we face.  Think again!

The nuclear reactor at Daiichi, Japan is exposed to the open air causing Japanese citizens well outside the “containment area” to become sick from radiation poisoning.  To make matters worse, government officials have not done anything to contain the breach of the reactor, and it’s slowly sinking into the ground.  One minor earthquake in that area or the reactor sinking another 4-6 feet will cause a catastrophic meltdown 85 times greater than Chernobyl!  How does that affect you?

The meltdown and subsequent release of radiation will be so dangerously toxic that it will make our earth uninhabitable!  That’s right.  Should the Daiichi Reactor melt down, which is a highly significant scenario, life on earth will cease to exist due to massive radiation poisoning!  And the Japanese officials are doing a great job of covering up the seriousness of the issue at hand.  Our own government is aware of it, but you won’t hear about it in the mainstream media news coverage, because it would cause mass panic.  That, and Americans would demand that something be done right away to prevent this from happening.  The Soviets did their job with Chernobyl by dumping tons of concrete into the reactor, then they built a massive containment shield around the site.

Japan better get their shit together, quit lying to the world about the reactor’s dire situation, and fix the problem before we all die a horrible death! 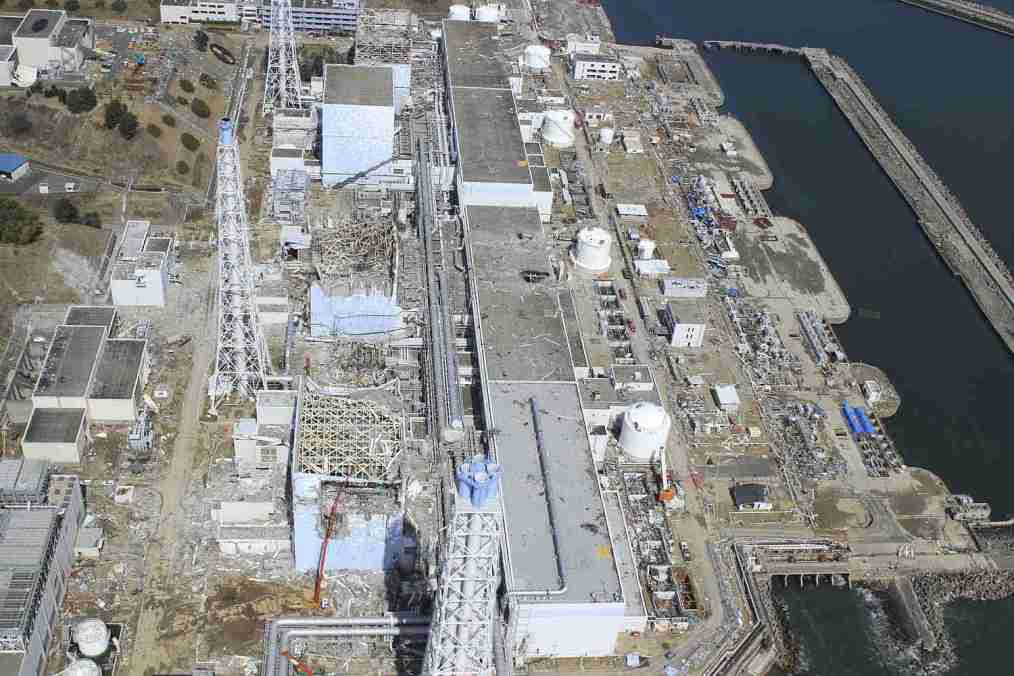