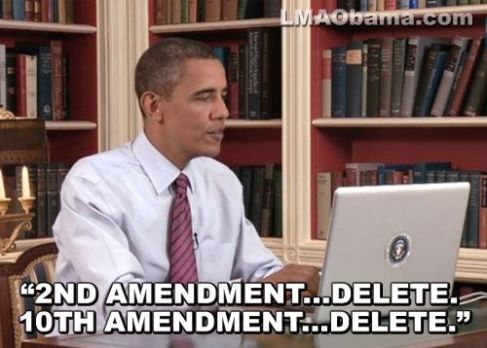 When did Barack Obama change his name?

Answer:
He did not change his name. Barack Obama has always been Barack Obama. For a brief period of time, he did have a nickname, “Barry” Obama.This above answer is not correct in any respect. Obama was adopted by his stepfather, which changed his name to Barry Soetoro. This is the name reflected on his Indonesian school records, as well as; his high school yearbook. By Obama’s own admission he changed his name back in 1982.

This has generated new claims of Obama’s deceptive nature, for it appears that his selective service record reflects the name Barrack H Obama. Other than the misspelling of his own name, he claims to have registered in 1979 after high school graduation while living in Hawaii. However, registration was not available in 1979, and the misspelled registration shows Sept 1980. This is the time he maintains he was attending Occidental when he was actually a resident of Los Angeles.

This presents a dilemma in regards to the fact that failure to register was, and still is a serious felony. However, falsifying such a registration by using anything but his lawful name compounds that crime in in multiple ways.

Failure to register would have made him ineligible for his financial aid in college, which would be a third criminal felony of defrauding the federal government.

The registration alone would immediately disqualify him from holding any Executive branch position, as well as; nullify his Senate election. This is what some believe to be the true reason he has expended over one and a half million dollars to keep all his records sealed, not because he might fail to meet the Constitutional birth requirements to serve legally as POTUS.

In fact, the three strike law would qualify him for a legal sentence of life in prison without parole.

Unfortunately there are no records that would validate or invalidate when or even if he reverted back to his birth name, for he continues to block access to all records that would clarify the answer, even his kindergarten records are blocked by Obama’s legal dreamteam.