The government is set to introduce a “precise criteria for convictions and sentencing” while the “judicial explanation provides a powerful legal weapon.” Law enforcement should take environmental regulations seriously and “all force should be mobilized to uncover law-breaking clues of environmental pollution in a timely way,” the statement reads.

In winter of 2013 Beijing was experiencing the worst environmental data on record. Levels of dangerous particles less than 2.5 micrometres across, known as PM2.5s, were 22 times what the World Health Organization considers safe. In response to the widespread public anger, authorities introduced emergency measures to thin traffic and shut down polluting industries. Rallies also erupted in May in the city of Kunming as thousands flooded the streets to protest against the planned production of a chemical at a refinery.

“With industrialisation, urbanisation and the modernisation of agriculture, the situation for the rural environment has become grim,” the ministry said. Crucial aspects emanate from an “increase in pressure from mining pollution and severe pollution from the raising of livestock and poultry.” 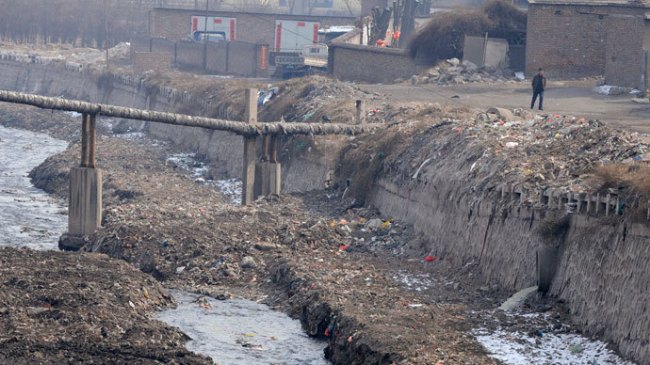 The Chinese Government is the biggest polluter in China!  Kind of like “the pot calling the kettle black!”  China surpassed the U.S. in carbon emissions and air pollution already by a large margin.  The Chinese Government allows more coal burning plants, Canadian Tar Sands oil burning, industrial, and car pollution than any other country!  If they are going to punish the polluters then they better start with their own government officials! – John Loeffler, Fountain City, Wisconsin, U.S.A.