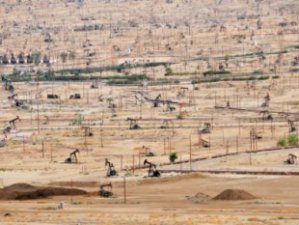 Brace yourself. You may not be able to tell yet, but according to global experts and the U.S. intelligence community, the earth is already shifting under you.  Whether you know it or not, you’re on a new planet, a resource-shock world of a sort humanity has never before experienced.

Two nightmare scenarios — a global scarcity of vital resources and the onset of extreme climate change — are already beginning to converge and in the coming decades are likely to produce a tidal wave of unrest, rebellion, competition, and conflict.  Just what this tsunami of disaster will look like may, as yet, be hard to discern, but experts warn of “water wars” over contested river systems, global food riots sparked by soaring prices for life’s basics, mass migrations of climate refugees (with resulting anti-migrant violence), and the breakdown of social order or the collapse of states.  At first, such mayhem is likely to arise largely in Africa, Central Asia, and other areas of the underdeveloped South, but in time all regions of the planet will be affected.

To appreciate the power of this encroaching catastrophe, it’s necessary to examine each of the forces that are combining to produce this future cataclysm.

Start with one simple given: the prospect of future scarcities of vital natural resources, including energy, water, land, food, and critical minerals.  This in itself would guarantee social unrest, geopolitical friction, and war.